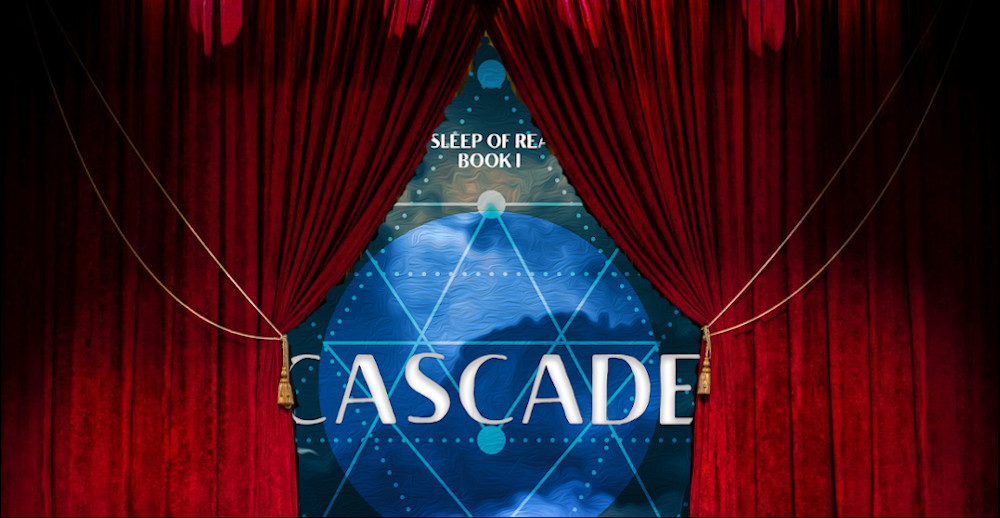 If human thought is a growth, like all other growths, its logic is without foundation of its own, and is only the adjusting constructiveness of all other growing things. A tree can not find out, as it were, how to blossom, until comes blossom-time. A social growth cannot find out the use of steam engines, until comes steam-engine-time. — Charles Fort

These things are sent to entertain us. — Carl Dow

Back in October of 2021, about a month after we announced that BPPress had bought the rights to publish Rachel A. Rosen’s brilliant debut novel, Cascade, Rachel mentioned to me that she designs book covers in her so-called spare time and would I like to see a concept she had for Cascade.

Well. What would you say? Of course I wanted to see it! And I think she sent me one the very same day.

And then, after a very little back-and-forthing, she sent me a design that knocked my proverbial socks not just off, but into the house across the street.

Needless to say, I was thrilled. The design was simple but eye-catching, the colours bold, and together the image conveyed a sense of place and of strangeness. How cold this not get people to take a closer look and sample the words behind the cover?

With all kinds of other work to do, what a relief it was to know we didn’t need to worry about the cover!

Or so we thought …

At this point I don’t remember if it was weeks later, or only days (and I’m not willing to dig into the archives to find out), Rachel sent me the following note and attached photo:

Naturally, my first instinct was to cry foul. Surely, China Miéville‘s publisher must (somehow) have stolen Rachel’s work and adapted it for themselves! (Rachel was not so upset. She thought Kraken‘s cover was a good one, and she’s been a fan of China’s for years.)

Of course, Rachel’s cover had existed for only a few weeks and it didn’t take much checking for me to learn that the Miéville cover had been around since at least 2011.

Harm, maybe, but no foul; just a coincidence. An irritating and a kind of hard to believe coincidence, but a coincidence nevertheless. To paraphrase Charles Fort, the early 21st century seems to be tentacle time.

Of course, we could still have used Rachel’s cover despite the similarities, but appearances wouldn’t have been flattering. Since they published first, it would have looked as if we had stolen the concept, no matter what the truth was.

Thank goodness, Rachel A. Rosen is not easily cowed!

So, without (as they say) further ado, may I proudly present the cover to The BumblePuppy Press’ next release: Cascade, Book 1 of The Sleep of Reason!

Next time: We’ll talk pre-orders and our Kickstarter campaign! 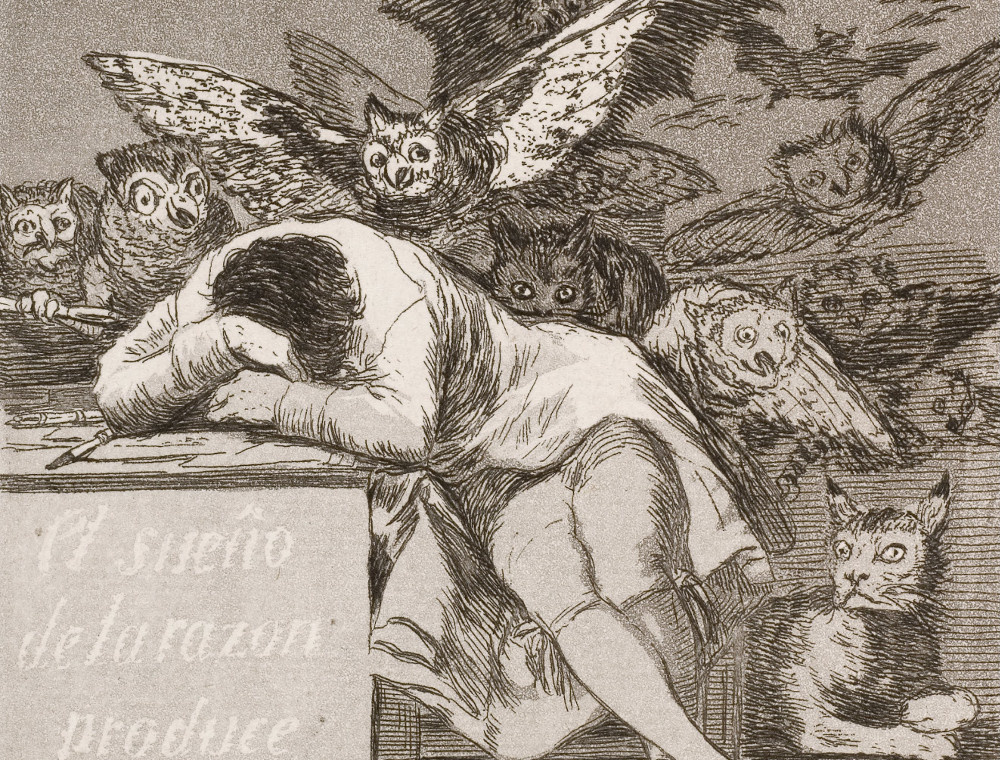 This is a post I’ve been itching to write for a couple of months now, but both good sense and a worry about jinxing things kept me quiet until the contract was signed on the proverbial dotted line.

Yesterday, Friday September 17th, 2021, was that day. I am (yes) thrilled and delighted to announce that The BumblePuppy Press has purchased the rights to a major new novel, Cascade, by a major new writer, Toronto’s own Rachel A. Rosen.

Cascade, the first book of The Sleep of Reason trilogy, is set in the near future, one in which both climate change and a resurgence of magic, have ushered in a terrifying new world, and yet one that is far too close to our own for comfort.

We anticipate publication in the spring of 2022, along with a Kickstarter campaign to produce a limited, signed and numbered, hard-cover edition, along with all sorts of delicious bonuses. I also hope to bully persuade Rachel to blog here – when she gets the chance. (A dedicated high-school teacher in her other life, I don’t want to let blogging get in the way of her novel-writing!) Of course, you can also find her on Facebook.

I said I was thrilled at the outset, and I’m going to say it again. I am thrilled to welcome Rachel A. Rosen to the BumblePuppy Press. Rachel’s vision may be the stuff of nightmares, but some nightmares are warnings we would do well to remember upon waking.

Much more to come soon!

P.S. If you’re looking for something to read now, we’ve extended our (very) late summer sale on Carl Dow’s novel, Black Grass, and collection of short stories, The Old Man’s Last Sauna. Please feel free to visit our online store to get your deal before it’s too late!

A first for me tomorrow #backtoschool @HullUniv Talking about #blackgrass and other menacing weeds we deal with on the farm. Been doing my homework today before tomorrow.. Their work isn't using chemicals its using drones and all sorts of genius wizardry.. Yikes #itllbereyt

Just to note… monocrop cultures have increased disease build-up/pests and greater levels of chemicals are needed to control.

Another reason why mixed farming models should applied across the world. Transitions needed.

A study of herbicide resistance in #blackgrass has helped a team of scientists determine the genes behind an evolutionary plant trait.

It might be common but Ophiopogon planiscapus 'Kokuryu' (formerly 'Nigrescens') is a good doer and totally impervious to the winter weather.

This #blackgrass at the bottom of a vigorous crop of #Kingsbarn hybrid barley is looking a little worse for west. Very poor rooting and hopefully will come to nothing. #cropcompetition