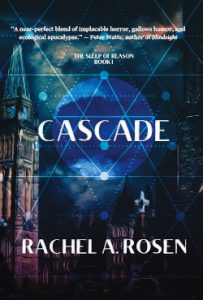 Cascade, Book I of The Sleep of Reason

What does magic want?

A generation has passed since the Cascade transformed the world, smashing the old political order and infesting the wilderness with demons and shriekgrass. As with the climate crisis that caused it, emergent magic proved lucky for some, a disaster for many others, and a source of hope and dread for everyone else.

In Ottawa, a scandal-plagued government clings to power, kept afloat by the manipulations of its precognitive rainman, Ian Mallory. But when his predictions signal only catastrophe ahead, the magic-loathing photojournalist Tobias Fletcher, land rights activist Jonah Augustine, his ex-wife, climate scientist Blythe Augustine, and emoji-spell wielding intern Sujay Krishnamurthy must overcome ideology and bureaucracy to save a future from a present whose agenda spells only doom.

There are no reviews yet.

Be the first to review “Cascade – EPUB” Cancel reply

zilla novikov is both tired and angry@zillanovikov·
25 Jun

Hey all my new writer followers! Nice to meet you - feel free to introduce yourself!
Did you know I'm part of an Art Collective called Night Beats? We run author interviews on our blog, we have a newsletter ... Ask me about it!

How can a publisher not be excited by #Cascade's first #unboxing #video? @rohan_oduill I hope you like it as much as I did!

How do people film unboxing's? Opening things with one hand is tough. 🤣🤣
How exciting is this? 🙌🙌

Come behind the screens as we talk to @pulkitkat about his novel The Other Side of it! http://nightbeatseu.ca/2022/06/14/behind-the-screens-tuesday-author-interview-5/

A very dear friend, without whom I would not be writing today, published a book, and it's Cascade by Rachel A. Rosen! It's got magic and Canadian beaurocrats and political activists and look I will buy it for you. It's hilarious and diverse and visceral and the best thing ever. https://twitter.com/Nightbeatseu/status/1535011268419063808 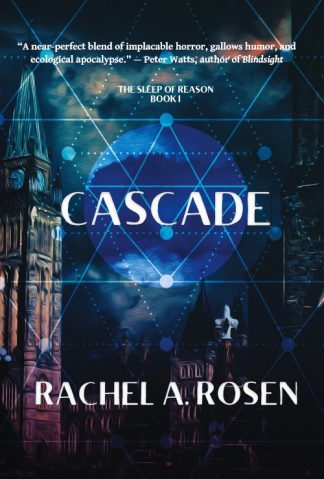